The corrugated steel silo is common in grain storage due to its large capacity & high mechanization degree.

The storage & transportation of bulk grain is the general grain circulation trend in the future, and steel grain silos will play a greater role.

Figure 1 shows the first-phase bulk grain metal silo of the Rizhao Port, there are 12 metal silos, a single grain storage silo capacity is 12000T, the entire system started to run on July 12, 2005; 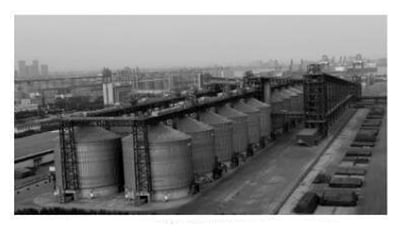 The first-phase bulk grain silo is a corrugated grain bin, it has 2 axial fans & 16 air outlets at the top, 4 centrifugal fans at the bottom, it equips with air ductwork & ventilation network, a sweep auger lies in the silo.

There is 1 electric valve (800mm x 800mm) on the top of the grain silo & 7 valves (700mmx700m) at the bottom, 7 bottom valves are symmetrically distributed, the whole grain silo adopts the CGS grain condition monitor & control system.

The third-phase metal silo for bulk grains is corrugated steel flat bottom silo, its roof sheets are all double-overlapped & have excellent sealing performance.

In each group of grain storage silos, the center axis distance between the two rows is 31m, each fan can efficiently provide the air volume & pressure for 24h.

In the case of full loading, even if the axial fan on the roof doesn’t work, it can provide sufficient air pressure & volume to blow through the grain pile.

How to Use Steel Grain Bin

Inspect all parts of the steel silo in detail, the inspection includes:

After the inspection, report to the central control room.

When the silo is in use, it is necessary to carry out a material loading trial, please refer to the figure below for the trial standard. 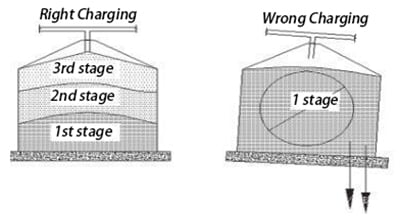 Multi-stage loading reduces the uneven settlement of the foundation bottom.

Before loading, confirm the target metal silo no., after closing the bottom valve & access door, open the rooftop valve, then turn on the feeding equipment.

The material enters the grain storage silo correctly from the top valve.

During loading, the material movement direction is basically vertical, thus the material doesn’t deviate to both sides.

If the material reaches the maximum level, the alarm sounds, and the system automatically stops, preventing the grain bin from overflowing.

Once the grain loading is beyond the storage capacity, it may cause the roof to expand outward & lead to damage.

When there is too much grain in the silo, opening the manhole at the top will cause grain overflow.

During the material storage period, test the materials regularly, pay attention to the temperature in the silo timely.

If the temperature is too high, material hardening & coking will occur, then ventilating the metal grain silo is essential.

When the temperature in the silo can’t drop, take out all the material.

Incorrect unloading will cause damage to the metal grain silo’s overall structure, leading to silo collapsing.

Unloading must begin from the central outlet.

According to the outgoing delivery volume, determine the manual slide gate’s opening size. If the opening size is too large, the conveyor under the silo may be blocked.

If it is a multi-point unloading, after finish central outlet unloading, then open two symmetrical outlets at the same time, ensuring their flow rate is the same.

When unloading the material, first start a standard unloading process, open the electrical slide gate at the bottom of the silo as needed, then gradually increase the manual slide gate’s opening size.

If the opening size is too large at the beginning, it will cause blockage of the belt. In the case of a large amount of material, first, open the third group of outlets for unloading.

If the flow rate doesn’t meet the requirements, open the 2nd & 1st group in turn, and finally open the central outlet.

The 1st, 2nd, and 3rd groups of outlets must be closed before starting the sweep auger, only the central outlet is open when clearing.

As the sweep auger can’t clear completely, the clearing personnel must stand behind the sweep auger’s moving direction, wear a safety belt, use a steel lift & a large broom to clear the metal grain bin.

The sweep auger operator should keep in touch with the personnel in the steel grain bin, ensure that the sweep auger is not overloaded & does not slip, which can improve the clearance efficiency.

The clearance flow of the sweep auger is 250t/h. 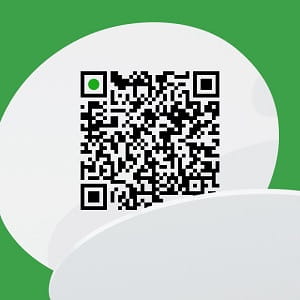